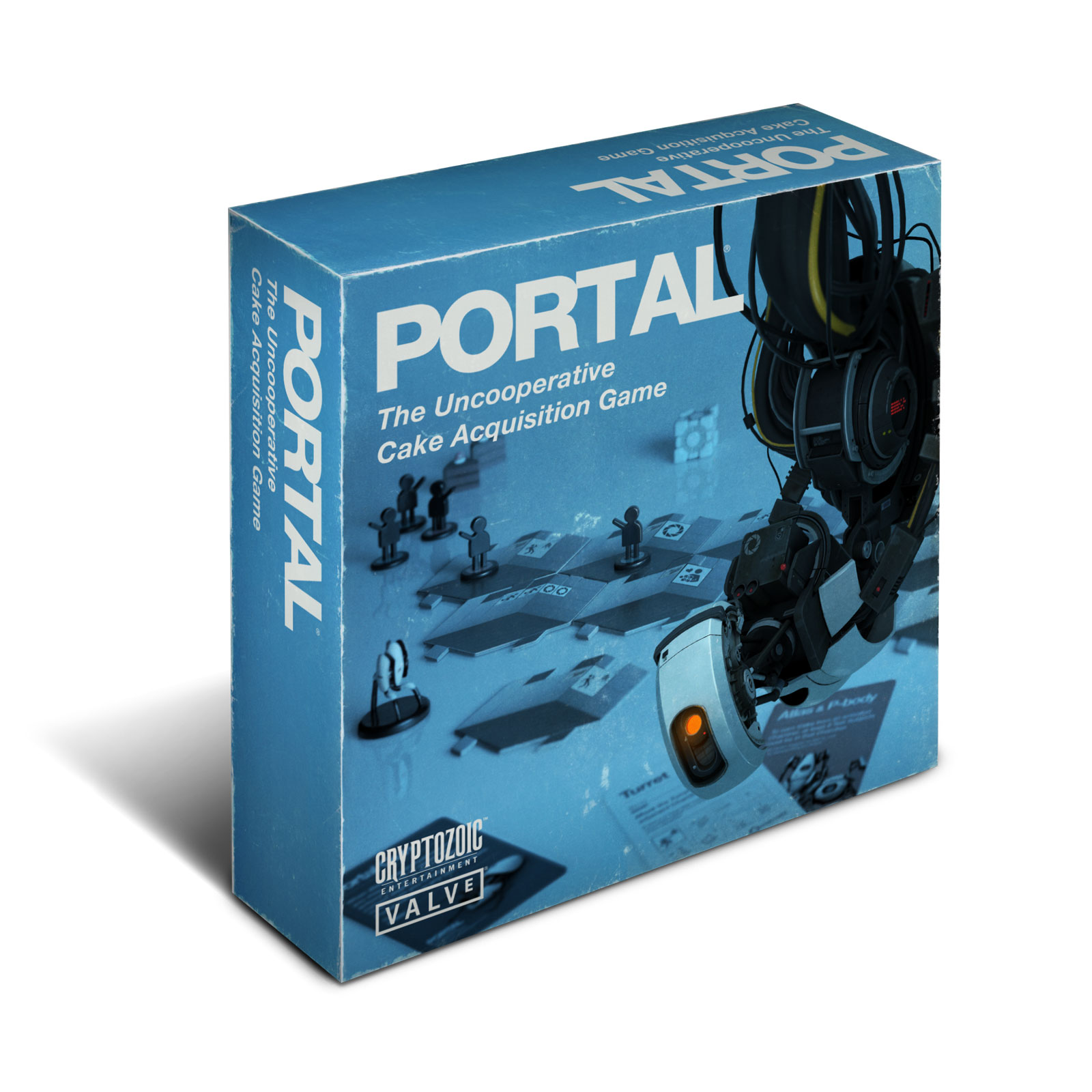 Last night, I played through a game just by myself. I wanted to get a feel for the system and how the rules work together.

Basically, there are fifteen tiles that get placed down on the table, in three rows of five. Each turn, players get to move some of their test subjects from one room to one or more rooms. Then they get to activate a room on the far right by placing GlaDOS in that room. Whoever has the most test subjects in the room that gets activated will get some stuff: cake, cards, or maybe they’ll get to place the turret or the companion cube somewhere. Then all the test subjects in that room get incinerated and go back to their players. 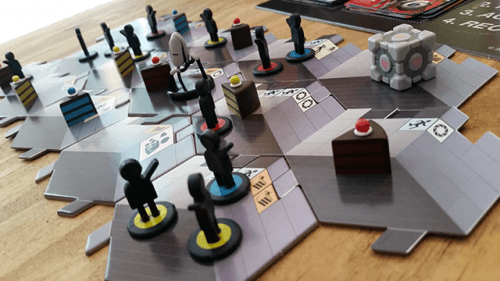 The game is over when one player has no more test subjects on the board.

One of the fun mechanics is that the cards that you play have two sides. One side is the ability you play, and then you turn it over an place it in the discard pile. The side now facing up adds, changes, or modifies the rules for everyone in the game.

I’ll give the game this: it has got the feel of Portal down. You’re trying to be the first person to get the most cake and then die. The cards that you use throughout the game have great flavour text. The art is all spot on – the back of the box is fantastic, and the cards are wonderful. The rulebook is well-done as well: it’s designed to look like a dry printout that test subjects in Portal might actually see. 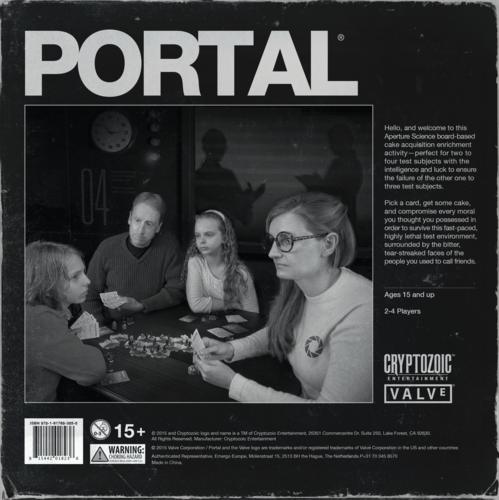 However, I do have one main complaint with the game.

The tiles snap together.

The game would have been so much better if they were Catan style tiles that just fit together nicely without actually snapping together.

I’m probably going to end up making my own tiles, as I don’t think the ones that come with the game will last too long. Especially when playing with multiple people – as the game progresses, people are going to get excited and probably won’t be treating the pieces to nicely.

I still like the game though, and I’m looking forward to playing a few games of it with friends. Once I’ve played a game or two with other people, I’ll write up another post to let you all know how it goes.